The Society’s first Members Conference via Zoom was a great success and thank you to all those members who joined and participated in the discussion. It is hoped to make this a regular feature going forward to communicate with members and gain their views.

Paul Cook opened the conference and thanked members for their ongoing support to the Society of the last year, the cost of putting on shows and events, a minutes silence was held to remember Robert Oliver our former President who recently passed away and those who had lost family during the pandemic.

The following topics were discussed:-

Mrs Joanne Pybus, a member of the Showing Council Blueprint Committee gave an update on competing under Covid-19 rules and regulations.

The BSPS Council agreed that ponies could compete in RIHS qualifying classes without a valid height certificate until June 1st to allow time to get ponies measured as the Society appreciates that during lockdown this has been very difficult. All ponies will have to be measured by 1st June and qualification will be awarded on that basis.

Mrs Dawn Christie went through the changes to the dope testing rules and why these had been adopted.

Mr Philip Hilton talked about safety in sports and explained about the new rule for body protectors and the reasons behind it. He went on to mention that the BSPS would be hat tagging with their own tags at our own Championship Shows.

appropriately labelled “Level 3 body protector” with the year 2009 (Purple) or 2018 (Blue and Black) shown on the label manufactured in the year 2009. BETA recommends body protectors are replaced at least every three to five years, after which the impact absorption properties of the foam may have started to decline. All types of Air Jackets are not allowed.

Mrs Pat Pattinson explained how judges might be judging the Royal International Horse Show qualifying classes without marks and how stripping would work in these classes.

Mrs Sharon Thomas spoke about the Welfare Policy in our Rule Book and the Society’s view on trimming of whiskers as well as overweigh ponies.

He also informed members about the type of classes that would be on offer at the Topspec Working Sports Pony Show.

Mrs Joy Hall gave an update on the new format for the Summer Championships and about the new Pony to Music Competition in the Main Indoor TopSpec Arena.

Mr Nigel Hollings informed members about the importance of presenting your pony according to its marking on the passport and not altering markings.

Mr Paul Cook talked about what judges would be looking in Tiny Tots Classes and what ponies and riders would be expected to do.

The closing remarks were given by our National Chairman Pat Pattinson who thanked members for attending and wished them lots of success for the coming show season. 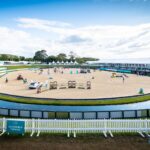 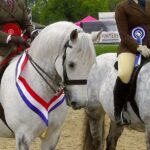 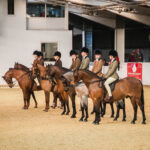 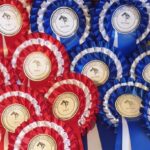 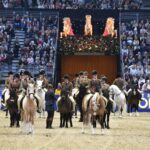